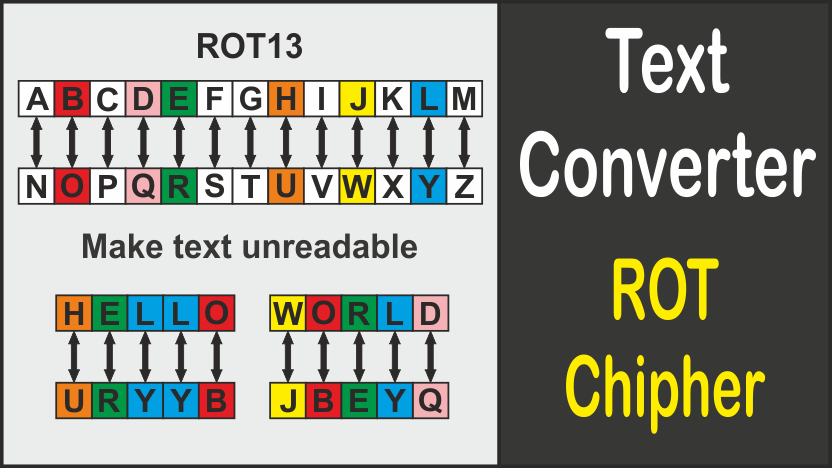 With ROT encryption, texts can be made unreadable at first glance. How this works and what the Online Converter from this platform all can do, you will find out here.

MORE INFORMATION ABOUT THE CONVERTER
TO THE ROT CONVERTER

With this converter you can encrypt and decrypt an input text with ROT Ciphers.

What exactly is ROT encryption?

ROT encryption, also called shift cipher, is basically no proper encryption (at least not secure), but nowadays only serves to make a text unreadable at first glance, so that an action of the reader is required to read the encrypted text. In principle, only the relevant characters are replaced by others by rotating the characters by a desired number of positions in the character alphabet.

What can this ROT converter do?

With the help of this ROT converter you can not only generate the most popular ciphers ROT5, ROT13, ROT18 and ROT47, but also any other rotation of letters and/or numbers. There are three different methods: letters, numbers and ASCII.

For ROT1 this means that the decryption is done either by rotating back by one position or by normal rotation by 25 positions.

A special case is ROT13, which is also known as Caesar cipher. When we calculate in this case, how many positions we have to rotate to decrypt an encrypted text, we get \(26-13=13\) 26 - 13 = 13 . This means that exactly the same algorithm can be used for encryption and decryption.

For all those of you who would like to know how this can be programmed, here is the PHP code. With the help of the callback function preg_replace_callback() you can implement this in two lines:

The encryption is done similar to the encryption of the letters, but with the difference that only the 10 numbers (0-9) are rotated. The special case here is ROT5 (analogous to ROT13 in the case of letters), which makes this to the most used ROT method for numbers. The encryption of numbers and letters can of course also be combined. Best known for this is ROT18, which combines ROT13 for letters with ROT5 for numbers.

Here is the implementation of the ROT number encryption:

The already known principle of ROT ciphering can also be applied to all printable ASCII characters. With ROT47, all 94 ASCII characters with the values 33 to 126 are rotated by 47 positions: 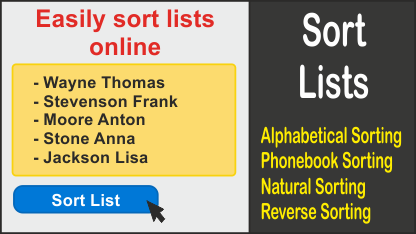 This article explains how the online converter "Sort Lists" works. With this tool you can sort lists according to different criteria easily. 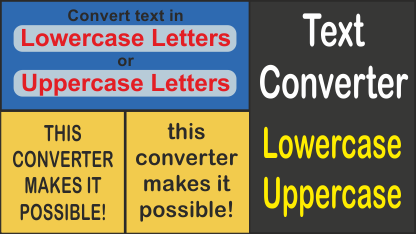 This article describes how the text converter "Lower- / Uppercase Letters" works. With this converter, you can transform a text completely into lowercase or uppercase letters. 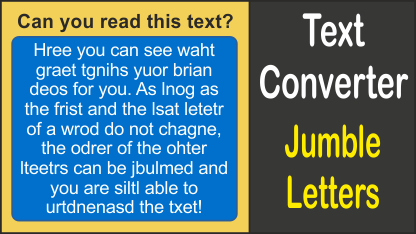 This article describes how the text converter "Jumble Letters" works. In this converter, you can enter a text which is then converted into a text with jumbled letters. 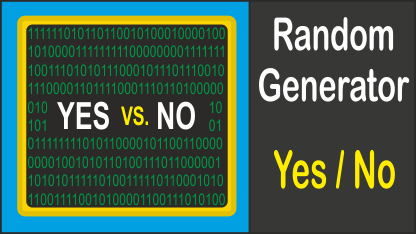 In this article the algorithm of the "YES / NO" generator is described. The random generator randomly generates the answer Yes or No. If you are unsure and need an oracle, then this site will help you. With the cryptographically safe random generator you do not have to make any decisions by yourself.

This site is financed by advertising. Please agree to the use of personalized advertising by Google AdSense and the use of Google Analytics and Cookies (see Privacy Policy) to support the further development of this website.